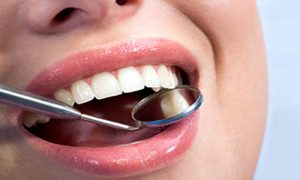 There is absolutely no doubt that your smile is considered to be one of the most valuable assets. You should do all that you can to protect it and make sure that it will remain in its optimal appearance and condition and we are here to help.  So, whenever a cavity would arise, one of the options that you would be able to find are metal fillings. While it would no doubt help you to get the job done, they are considered to be pretty uncomfortable as well. That is why in recent times white composite fillings seem to have become quite a popular and favored option. These would help your smile to appear natural and flawless while also being strong enough to withstand the normal wear and tear of everyday use. In fact, these seem to have become so popular that Dr. Powell would regularly replace the silver amalgam fillings with the composite ones.

If you are thinking about getting white composite fillings done, then it would be quite normal that you would like to know what the process entails.

White fillings would be made from a mixture of glass and plastic particles. The portion of the tooth which has become decayed would be removed and the soft composite resin would be placed in layers. This would be done to make sure that it would completely fill the cavity. After that, each of the layers would be hardened by using a special light which would bond the composite resin to your tooth. Once it would have become hardened, a dentist would be able to shape the composite. This would be done so that it would resemble your other teeth. It would even be polished in order to prevent premature staining and wear.

In terms of the advantages of composite white fillings, Dr. Powell has listed quite a few of them. Take a look below.

Unlike the silver colored feelings, composite fillings would be looking just like your natural teeth. This is because the color could be blended in order to arrive at a seamless finish. This would also make for an ideal choice for front teeth as it would look quite unattractive and disturbing with a silver filling.

In the case of composite filling, it would require very little of the tooth structure to be removed for placement. This would mean that more of your natural teeth would be reserved.

In the case of white composite fillings, you would not find it to be affected by any changes in temperature which would occur in your mouth. This would be unlike the silver fillings which would tend to expand and contract. As a result, your teeth would be protected from fracture.

Composite resin has been found to be quite versatile. In addition to being used for fillings, it could also be used to repair teeth that have been broken, badly worn, or chipped.

Thus, if you live in West Columbia or anywhere nearby, you would be able to schedule an appointment with Dr. Powell and get to know more about white composite fillings.

7 Secrets to Finding the Right “Dentist Near Me”