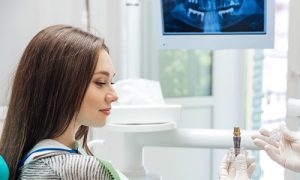 Wisdom teeth, which would also be known as third molars, would usually tend to appear between the ages 16 and 25. Even though you would be able to come across people who would not face any sort of issues with their third molars, there would be some unfortunate ones who would have to undergo a lot of pain. The intensity might become so much that they might have to undergo surgery in order to get their wisdom tooth removed.

Therefore, if you have been experiencing this sort of pain for quite some time now, it would be a good idea to gather some information regarding wisdom tooth removal. In this way, you would have a clearer idea about what you are getting yourself in to and what you should be expecting.

Reasons to get your wisdom teeth removed

In addition to swelling and pain in the jaw, you might also experience bleeding, irritated, and inflamed gums, amongst other things. So, if you would not like to put yourself through perpetual pain, then you should know about some of the reasons why you should get your wisdom teeth removed.

Due to a combination of partial impactions and limited space, wisdom teeth could often lead to inflammation of gums. This could then lead to painful gum disease or other sorts of health hazards. So, once the inflammation would set in, it could actually become quite difficult to alleviate it. The worst part is that it could spread to surrounding areas as well. Other than all this, when a tooth would be partially impacted, a separation between the the gums and tooth could create a breeding ground for bacteria which would undoubtedly increase the risk of infection.

The problem with wisdom teeth is that they try to enter a crowded area. So, with little room to move in to, the neighboring teeth would usually be pushed aside which would then result in misalignment.

While overcrowding seems to be the most likely outcome, wisdom teeth could actually do more damage than that. In fact, they could also damage the adjacent second molars by contributing to cavities and loss of bines.

Even though this might be pretty hard to believe, but wisdom tooth could actually lead to the development of tiny tumors or cysts in the jawbone. This could then eventually lead to joint pain which would require the assistance of a specialist.

Therefore, if you are thinking about getting your wisdom tooth removed, then you could consider Dr. Powell since he is considered to be one of the best for this job. For your peace of mind, you could easily schedule an initial consultation session where you would be able to air all concerns that you might have. In this way, you would be able to get rid of your problem in a healthy and safe manner.